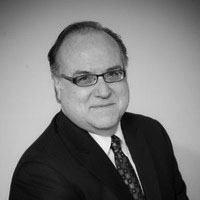 Frank has over 36 years of experience as an attorney and a senior executive in both the private and public sectors.  Prior to joining Milwaukee World Festival, Inc. he served as a Chief Deputy City Attorney for the City of New Orleans.  He has represented musicians, performing rights organizations and record producers.  He was also an adjunct instructor, in the Music Department of Delgado College, New Orleans, Louisiana, where he taught courses in Copyright and Music Publishing.

Frank received a Bachelor of Arts degree from Marquette University in 1977.  He received his Juris Doctor from Tulane University School of Law, in New Orleans, in 1980.  He is admitted to practice in Louisiana, Tennessee and Wisconsin.

In his spare time he is an accomplished drummer who has previously performed with many notable New Orleans musicians. He has performed at the New Orleans Jazz and Heritage Festival, French Quarter Festival, Summerfest, and other events.